“Life is like a box of chocolates, you never know what you’re gonna get.” After the last two years the wise words of Forrest Gump certainly ring true. I’m often asked which route makes the best road trip in the USA and I always suggest, pick a state that offers variety. Alabama is not just home to Forrest Gump but it’s where I’ve revelled during Mardi Gras in Mobile and helmed the shuttle at the NASA space centre in Huntsville. This southern state is the cradle of the Civil Rights Movement in America and where history was changed for the better.

Alabama has something for everyone but before deciding on an itinerary get some advice from a bonded travel agent and to curb any uncertainty around travel book with one too. One of the great joys of a fly drive holiday is that you really can have the freedom of the open road. Being in control of the itinerary means stopping for as long or short a time as you like in each location.

For the Space Fan a stop off in Huntsville in northern Alabama, will satisfy the desire to reach infinity and beyond. It’s not just for kids because the actual training crafts used by the pioneering astronauts, Michael Collins, Buzz Aldrin and Neil Armstrong are in situ in Hunstville at the US Space and Rocket Centre www.rocketcenter.com. This enormous interactive museum holds displays that give the opportunity for visitors to feel weightlessness and learn about the experiments carried out in space. The G Force ride is not for the faint hearted and space fans could spend days uncovering all of the memorabilia and artefacts belonging to Werner Von Braun the scientist appointed by JFK to manage the Apollo Space Mission. There’s an option for individuals and families to take their space fascination to another level at space camp which is the ultimate three day adventure. 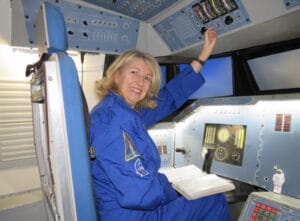 Alabama has an abundance of beautiful scenery with 22 state parks to choose from covering over 48,000 acres. While exploring the Appalachian Mountains you’ll find rock climbing, kayaking and plenty of other activities for lovers of wide open spaces.

If music is more your thing then stop off at Muscle Shoals, the birthplace of American rhythm and blues. Percy Sledge and Wilson Pickett recorded their first records in the Fame Studios and music trails fill the towns at the foothills of the Appalachian Mountains. It’s at 3641 Jackson Highway, the home to Muscle Shoals Sound Studio, that The Rolling Stones, George Michael and Paul Simon recorded some of their most iconic songs.

For those with an interest in social and political history, a road trip through Alabama is a feast of remarkable milestones. Starting in Birmingham where the Civil Rights Institute stands as the cornerstone where the civil rights movement is recorded. Move on to Selma and the Edmund Pettus Bridge where Martin Luther King and his colleagues marched for 54 miles in a bid to gain equal voting rights. The trail leads to Montgomery where the capitol is only a street away from the church where MLK plotted the civil disobedience actions that changed America. Homage is paid to Rosa Parks who stayed seated at the front of the bus in a bid to gain equality and marked the famous Freedom Rides movement. To view more see www.civilrightstrail.com

Fans of literature will find a trip to Monroeville won’t disappoint, as the original courthouse still stands in the town that was used in the movie ‘To kill a mocking bird’. The museum also pays homage to Harper Lee’s pal Truman Capote.

Mobile was one of the wealthiest and most fashionable cities at the height of the Antebellum Period in the Deep South. For fifty years it was a busy port exporting cotton and it is home to the oldest Mardi Gras in America – a much more family oriented event but just as fun and frivolous as the parades in New Orleans. The history of the two week pre-Lenten feasting is recorded in the stunning Mardi Gras Museum with flamboyant costumes and floats recorded for posterity. The fusion of French and Caribbean cuisine, abound in many local restaurants. I sampled some of these at Wintzells Oyster House where even Forrest Gump would approve of the shrimp.

Down on the gulf coast it’s a short hop over to Florida and the Florabama bar plays live music everyday of the week. Being on the border of the two states, this famous bar hosts interesting fish throwing competitions over the county line in summer. As our tastes evolve and we seek more from a travel experience, The Deep South provides food for thought for a different type of American odyssey with good ol’ Sweet Home Alabama flavouring.

Platinum Travel  (www.platinumtravel.ie /+353 1853 5000 ) has a 14 night package to Alabama from €1599.00 per person, including return flights from Dublin to Nashville/ New Orleans to Dublin, accommodation and carhire for duration.